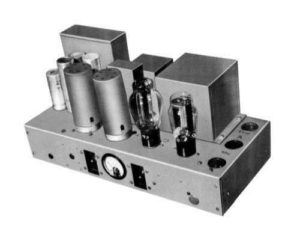 Audio amplification was born with the first triode invented by Lee De Forest in 1905: since then electronics has been developing. In the early decades, until the late 1940s, electronic equipment had a very high cost and was developed almost exclusively for the professional market: radio transmissions, telephony, cinema, military applications.

As a matter of fact, military applications during the two world wars period boosted the evolution of the tube technology.

At the beginning, both signal and power amplifying tubes were triodes, and only afterwards indirect heating tubes like tetrodes and pentodes appeared.

The first audio amplifiers were built just with direct heating triodes: the 2A3 tube was often used in radios and the 300B was used in cinema amplifiers and telephone repeaters. It is interesting to note that the 300B was not for sale but supplied with leased amplifiers. 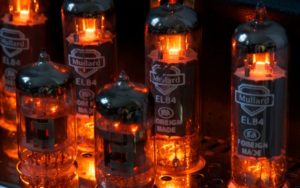 After the Second World War, normal life returned and the entire electronics industry was converted back to the production of civilian equipment. The high fidelity market was born and in this period new companies were founded with names like Leak, McIntosh, Marantz, etc.

In these years tube technology was at its top, to drop down since then on. The current production of tubes does not reach in the least the sonic performance of the originals. 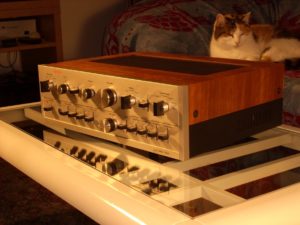 The transition to new solid-state technology began in the mid-1960s and in a few years the production of tube electronics practically disappeared. As early as 1969-70 all the big houses had only solid state devices in the catalog.

In the period from 1970 to 1978, very good sounding amps have been built by both Japanese and English houses, a bit less by the American’s. Kenwood, Sansui, Quad, Radford are examples of excellent solid state sound.

The race to increase power in the 80s 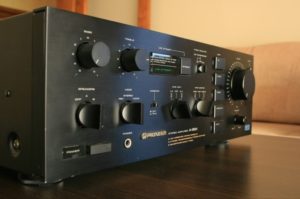 The downfall of the solid state was the run-up to high power, in fact manufacturers had understood that to be successful you had to focus on aesthetics, high power, low price, while sound would be a secondary parameter.

With some exceptions, the worst solid state amps were built in the 80s and 90s.

The return of the tubes in the 90s 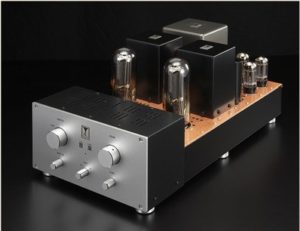 Perhaps because of the bad sound of solid state amplifiers, in the 90s there was the return of the tubes. Actually there were several Japanese esoteric manufacturers who had built tube amplifiers even for all the 70s and 80s, but in the West nothing was known.

I believe that the best single ended amplifiers using direct heating triodes were built in the 90s, and they were even better than the cinema originals of the time like the Western Electric ones.

In the current Hi-Fi and Hi-End market there is everything and its opposite: it seems there’s no a leading school of thought, as we find single ended, push pull, triodes, pentodes, transistors, mosfets, in class A, in class D, and so on.

There are well-designed devices as well as absolute crap without distinction of specifications, aesthetics and price.